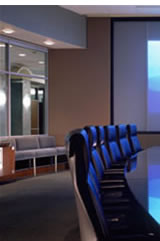 As per the report of the independent regulatory body ‘The Energy Consumers’ Group’, the membership of Energy and Environmental Consultants has gone up from six to nine. The increase in number of members is seen from the increase in projects and sectors for which EAECs were specifically prepared. In comparison, there was a decline in the growth of subscription users. There was an increase in the number of companies providing energy and environmental consultant’s services and this trend is still continuing. As per the reports, the amount of change and adaptation made in the projects has been more in line with the rise of membership levels.

It is evident from the above that there is a strong need for changes in the membership trends and subscription patterns of Energy and Environmental Consultants. Based on the latest analysis done by the independent regulatory body ‘The Energy Consumers’ Group’ the number of subscription users has declined significantly over the last five years. This decline is significant as it can be seen as the sign of a market for the services provided by these consultants. According to the reports, the biggest reason for the decline is the lack of communication between the regulatory body and the consulting firm. For instance, the report shows that there are some cases where the consultancies have provided the regulatory body with inaccurate information and data pertaining to its reports and in some instances, the information provided has been completely false and misleading.

Based on this information, it is clear that there is a pressing need for better communication between the regulatory body and the consultancies. The organization chartered by Parliament to manage the UK’s environment and the environment have failed to achieve its goals as far as strategic direction and focus is concerned. According to this analysis conducted by the independent regulatory body ‘The Energy Consumers’ Group’ many issues related to energy and environmental management remain unaddressed. For example, it showed that only two out of the twenty (out of twelve) energy and environmental consultants in UK have provided evidence based statutory statements to Parliament.

At the same time, there has been little or no confirmation statements provided in respect of the appointments of new members. Energy and Environmental Consultants have not provided any statutory declaration in respect of the following: Mr Kevan Atkins, Mr Matthew Taylor, Mr David Willetts, Mr Edward Jones, Mr John Stockwell, Mr James Patel, Mr Martin Hewitt, Mr David Austin, Mr Roger Lloyd Pack and Mr John Hamilton. In addition, there has been no statutory declaration provided in regard to the following: Mr Paul Barrow, Mr David Barker, Mr Mark Walport, Mr Peter Bain, Mr Richard Turner, Mr Robin Fuller, Mr David Laws, Mr Roger Lloyd Pack and Mr David Austin. These observations by the Information commissioner are in contravention of the government’s legal requirement under the Energy Act 1992. There has been a claim made by the Information commissioner for a statutory declaration that the above appointments are unlawful and void by virtue of article 6 of the Act.

It is imperative for the consultancies to provide the regulatory bodies with evidence based statutory declarations in compliance with the regulations. This would provide a sound basis for justifying the views expressed in the written submissions and proposals. Without providing such evidence, the regulatory body will be left in doubt as to the validity of the views expressed in the documents submitted by the solicitors. If the views expressed in the documents cannot be substantiated, then the advice given by the legal advisers will be rendered ineffectual. It is important to note that the law provides for a total exclusion period of one year from the time of writing of the statutory declarations if the representations are not made on or before the completion of the one year period.